Made with ♥ remotely from

Real Madrid news LIVE updates: All of the latest from the Bernabeu

22:10: Barcelona star Jordi Alba claims their fans would turn on them massively if they trailed Real Madrid by 19 points in La Liga.

And that is exactly the situation Madrid find themselves in after Los Blancos suffered defeat to Villarreal to fall further behind leaders Barca.

“If Madrid led us by 19 points, in Barcelona they would kill us,” Alba said.

“Nineteen is a huge difference, but we must not forget that Real Madrid will fight until the end.”

However, he is unsure if a return to Manchester United could be on the cards.

“Ronaldo is a very unhappy boy, but as to whether Mourinho will want to renew acquaintances with him – I’m not sure.

“Although they’re both managed by Jorge Mendes, neither enjoyed working with the other in Madrid. There’s a long way to go yet in this story.”

18:00: Chelsea boss Antonio Conte is fancied to succeed Zinedine Zidane at Real Madrid, according to the bookies!

Zidane is under pressure following two defeats and a draw in his last three La Liga games and according to bookmaker Betway, Conte is in a two-horse race to replace him.

Germany manager Joachim Low has been on Madrid’s radar for a little while and heads the market at 11/4, while Conte is Betway’s quietly-fancied 5/1 second favourite.

Betway’s Alan Alger said: “Real Madrid have something of a revolving door for managers and the vultures appear to be circling for Zinedine Zidane.

“Joachim Low is the 11/4 favourite to replace the Frenchman, but there’s also been plenty of interest in Antonio Conte leaving London for Madrid and he’s a very solid second favourite at 5/1.” 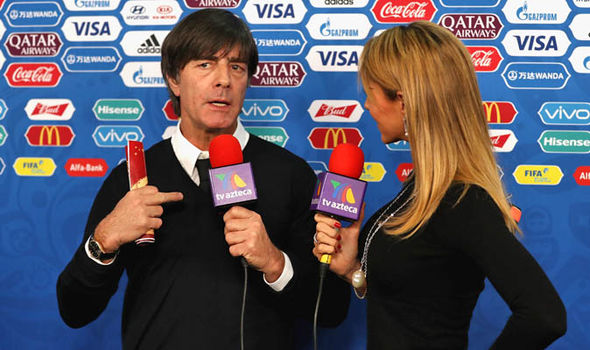 17:00: If there’s one stat to compare the differences between Lionel Messi’s Barcelona and Real Madrid then this is it.

Messi has notched 17 goals so far this season in the league, one goal more than Real’s top four scorers combined.

Cristiano Ronaldo, Gareth Bale, Isco and Marco Asensio have 16 goals between them with Losb Blancos struggling in La Liga this term.

16:00: Marco Asensio may leave Real Madrid for Manchester United if Eden Hazard rocks up at the Bernabeu.

Los Blancos are interested in signing the Chelsea star in the summer – although the Blues are determined to keep the Belgian.

And the report claims Asensio won’t hang around if Hazard comes in to usurp him.

He will look to join United as he rates his chances of securing game time at Old Trafford, even if the club sign Alexis Sanchez this month.

15:00: Manchester United are NOT interested in re-signing Cristiano Ronaldo from Real Madrid, according to reports.

The Portuguese made his name at Old Trafford before quitting the Premier League for La Liga back in 2009.

For many a year and in many a game, the Portuguese captain Cristiano Ronaldo has humiliated goalkeepers and defenders with ridiculous ease. The Real Madrid forward has almost always found a way past any of the defensive lines of any football team in the world, and now his son, also known as Cristiano Ronaldo, is doing somewhat similar things at will.

File Image of Cristiano Ronaldo with his son (Image: Instagram)

For many a year and in many a game, the Portuguese captain Cristiano Ronaldo has humiliated goalkeepers and defenders with ridiculous ease. The Real Madrid forward has almost always found a way past any of the defensive lines of any football team in the world, and now his son, also known as Cristiano Ronaldo, is doing somewhat similar things at will. A clear case of ‘Like Father Like Son’.

Cristiano Ronaldo Jr is all of 7 years and in a video shared by his father on Twitter, he is seen to be scoring an absolute scorcher from distance in a local game. The World Player of the Year is pretty impressed by his son’s eye for goal.

By continuing to browse or use our sites, you agree that we can store and access cookies and other tracking technologies as described in this policy.

A cookie is a small text file that can be stored on and accessed from your device when you visit one of our sites, to the extent you agree.  The other tracking technologies work similarly to cookies and place small data files on your devices or monitor your website activity to enable us to collect information about how you use our sites. This allows our sites to recognize your device from those of other users on our sites. The information provided below about cookies also applies to these other tracking technologies.


How do our sites use Cookies and Other Tracking Technologies?

Zeenews.com use cookies and other technologies to store information in your web browser or on your mobile phone, tablet, computer, or other devices (collectively “devices”) that allow us to store and receive certain pieces of information whenever you use or interact with our zeenews.india.com applications and sites. Such cookies and other technologies helps us to identify you and your interests, to remember your preferences and to track use of zeenews.india.com We also use cookies and other tracking technologies to control access to certain content on our sites, protect the sites, and to process any requests that you make to us.
We also use cookies to administer our sites and for research purposes, zeenews.india.com also has contracted with third-party service providers to track and analyse statistical usage and volume information fro

A picture is doing the rounds on social networks claiming that Leo Messi has won the 2017 Ballon d’Or.

If true, that would be a major shock.

Most people expect Ronaldo to win this year’s 2017 Ballon d’Or award as well.

Should that happen, Cristiano will join Leo Messi having won the prestigious award five times.

Don’t know if this is real or not… pic.twitter.com/mHLLzi1iKc

Yet, according to a photo of a supposed future edition of France Football magazine, Leo Messi has won the award.

Is the photo fake?

Perhaps, and a lot of people have made that assertion on social media.

But another explanation has also been forwarded. According to reports, France Football always make three different copies of their Ballon d’Or magazine, covering for the three finalists.

France football would lose all credibility if Ronaldo won. Worst player in Europe. Tiny patch of top form in the latte stages won’t be enough.

The Portuguese forward is moving to Juventus after nine years in Spain and leaves as a true legend – but is he Los Blancos’ best ever player?

Cristiano Ronaldo will go down in history as one of the game’s greats. The Portuguese is Real Madrid’s all-time top goalscorer, with an astonishing 450 strikes for Los Blancos, while he has five Ballons d’Or and five Champions League crowns – four with the Spanish side.

But as he completed an amazing €100 million transfer to Juventus on Tuesday, following nine successful seasons at the Santiago Bernabeu, can he be considered the best-ever player to represent Real?

Ask around at Barcelona and everyone will tell you that Lionel Messi is the finest footballer to play for the Catalan club. In fact, many will go further and claim that the Argentine is the best player in the history of football.

That he is considered Barca’s best is understandable. Messi has been at the forefront of the club’s most successful era, leading the Blaugrana to two trebles (in 2008-09 and 2014-15), eight Liga titles and featuring in four out of their five Champions League crowns, scoring in excess of 500 goals along the way and setting up many, many more.

Down in Madrid, Ronaldo has been brilliant too in that time. The Portuguese surpassed Raul’s record of 323 goals for Madrid in 2015 and averages slightly over one per game for Real. It is an incredible return on the €94 million paid by Los Blancos to Manchester United in 2009. 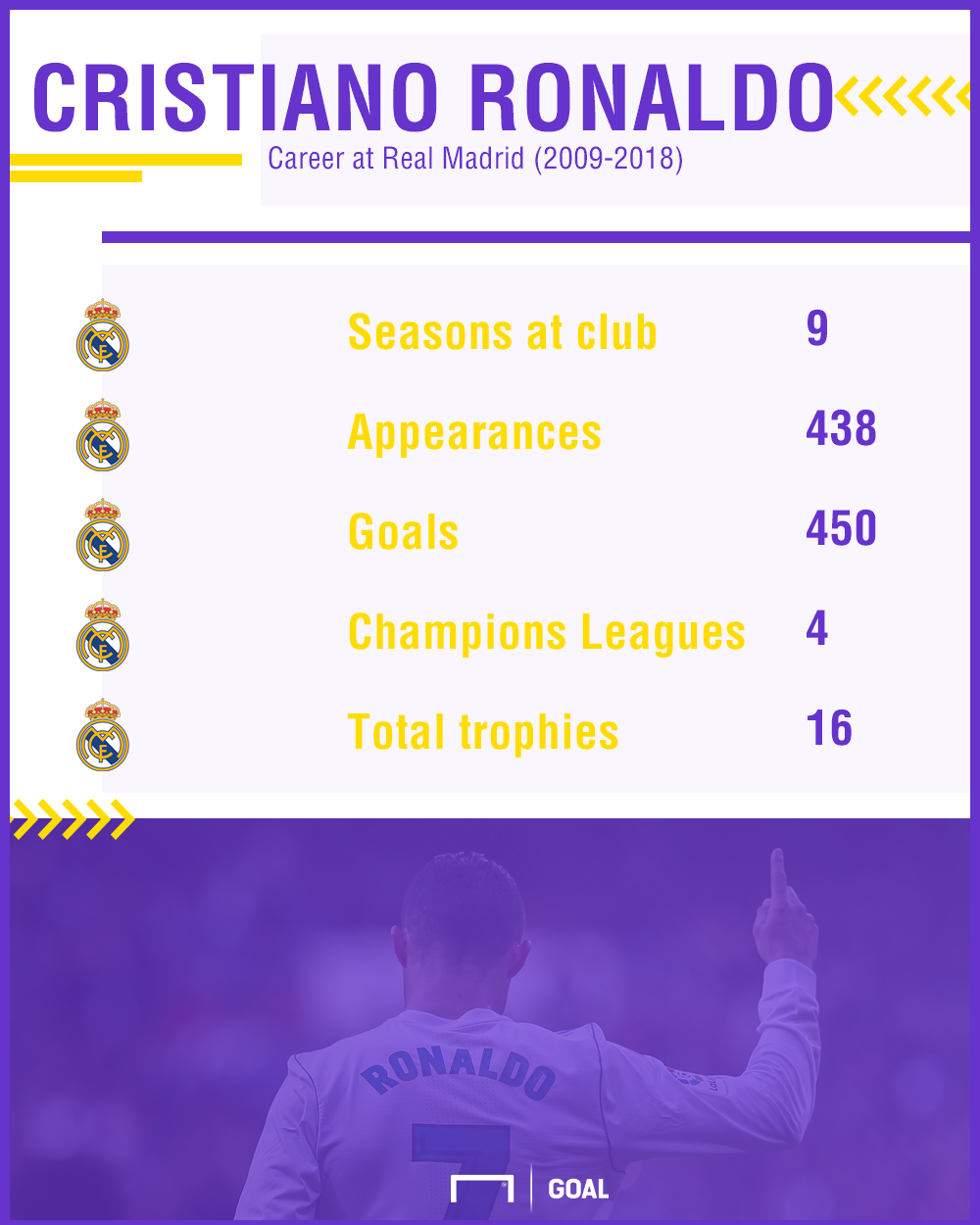 But while Barca’s best era has happened in recent years under Pep Guardiola and later with Luis Enrique as coach, this is not the standout moment in Real Madrid’s history – despite the team’s three Champions League triumphs in a row, and four in five seasons.

When Goal spoke to fans outside the Santiago Bernabeu towards the end of last year, not many picked Ronaldo as the finest footballer in the club’s history, even though all of them did admit that he is among the very best players to have pulled on the famous white shirt.

“In the history of Real Madrid, there have been great, great players,” the club’s former goalkeeper Paco Buyo told Goal. “It would be unfair of us if we forgot players like [Alfredo] Di Stefano, who is one of the greats not only at Real Madrid, but in football.

“I think Cristiano is a true Real Madrid legend for everything he has achieved, but I think it is difficult to say he is the best player to have passed through the club. He is surely in the top three.”

Arjun posted the picture on social media and apart from wishing Ronaldo luck for the blockbuster clash in Kiev, the Indian actor also wished the 5-time Ballon D’or winner well for the upcoming FIFA world cup, where CR7 will be leading Portugal.

Arjun uploaded the image for the world to see on his Instagram account and the post read: “Amazing feeling meeting & talking football with @cristiano !!! Heck of a player, heck of a guy. All the best for Kiev & Russia.”

According to media reports, Arjun is a big football fan, especially Cristiano Ronaldo. Also, the source also revealed that