Cristiano Ronaldo’s son has scored almost twice as many goals for Juventus as he has since moving to Italy.

Ronaldo joined Juventus from Real Madrid in July 2018 for a fee of $112 million, and has since scored 34 times in all competitions for the Italian champion.

Nine-year-old Ronaldo Jr. however, who joined the club’s academy at the same time, has far eclipsed his famous father’s record in front of goal, finding the net an astonishing 58 times in just 28 games.

Adding to that impressive total, he’s also provided 18 assists for his “Pulcini Under-9” teammates.

Ronaldo Jr scored four goals on his debut for Juventus in September 2018, according to Tuttosport, and in April, he  scored seven in a single half against CS Maritimo, say AS.

Even his dad admits he’s been better

Cristiano Ronaldo rescued Juventus at the death as his penalty delivered a barely-deserved 2-1 win over Genoa at Allianz Stadium.

Juve needed to respond to Inter Milan’s victory at Brescia 24 hours earlier to return to top spot, and Leonardo Bonucci’s 36th-minute header sent them down the right path.

They could not make their personnel advantage count and lost it when substitute Adrien Rabiot saw red in the 86th minute.

Ronaldo was offside when he put the ball in the net deep into stoppage time – yet he was subsequently caught by Antonio Sanabria in the box and made no mistake with his penalty, sparing Juve blushes.

Rashford crashed in an unstoppable drive from 30 yards to secure a 2-1 win at Chelsea and a place in the last eight.

Chelsea had hauled themselves level through Michy Batshuayi after Rashford opened the scoring from the penalty spot, but it was the England international’s stunning free-kick that proved decisive, ending Chelsea’s seven-match winning streak and making it three wins on the bounce for United. They will host Colchester United in the quarter-finals.

Solskjaer admitted the pace and dip of the strike reminded him of the technique perfected by former Old Trafford star, Cristiano Ronaldo.

“The boy has got nerves of steel, takes a penalty, no problem. Steps up and hits the ball like he does and wins us the game – fantastic.”

“Marcus has that strike in him,” the United boss told Sky Sports. “I’ve seen him in training so many times.

“When you give young lads the experience, like Brandon Williams got tonight – and the kid was outstanding – it’s only going to help them.

“We know we’re not the finished product, we’re a work in progress and keep trying to improve. We were excellent, with fast flowing football. That’s Manchester United. We’re trying to get back to that.”

Lampard rues ‘ bolt out of the blue’

Rashford lifted his 73rd-minute shot over the Blues wall and underneath Willy Cabellero’s crossbar, before sliding on his knees in celebration in front of a delirious away end.

But Chelsea boss Frank Lampard could only salute the spectacular match-winning moment.

“It was special, a bolt out of the blue,” Lampard said.

“It’s great technique. It was a stunning strike from him, at a time when I felt we were really in the ascendancy.”

‘Thankfully it went in the top corner’

Rashford admitted that getting a feel for the ball in training had given him confidence.

“To be honest, it was the balls,” he told Sky Sports when asked about the strike. “When we were training with them and we were shooting there was this up-and-down motion and they can go anywhere.

“Thankfully, it went in the top corner. It is a positive day.

“We have been in a tough place. We are still getting through that phase and the only way to do it is to fight your way through it. The main focus for us is just

Cristiano Ronaldo scored a stoppage-time penalty to clinch a dramatic 2-1 win over 10-man Genoa which moved Juventus back to the top of Serie A.

Moments after the Portugal forward saw a goal disallowed b 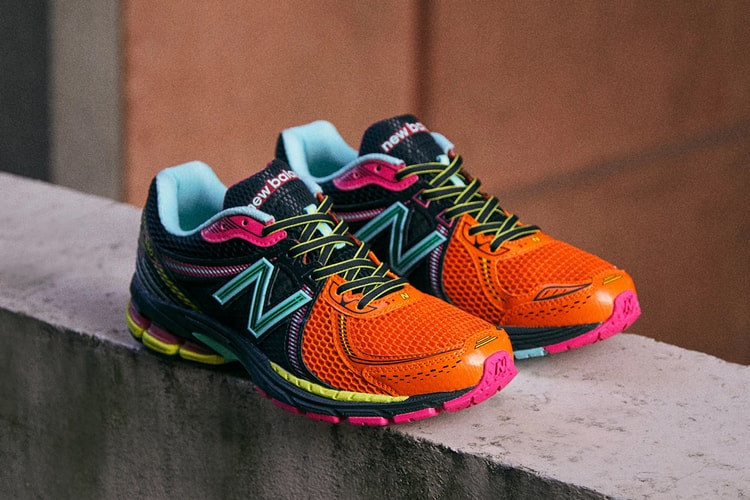 The under-the-radar runner from NB’s archives is getting a moment in the collaborative spotlight.

Just in time for Halloween.

Characters from ‘Toy Story’, ‘The Incredibles’, ‘Up’ and more are out in the real world pulling pranks on people.

One of the standout cuts on 88rising’s ‘Head In The Clouds II’ project. 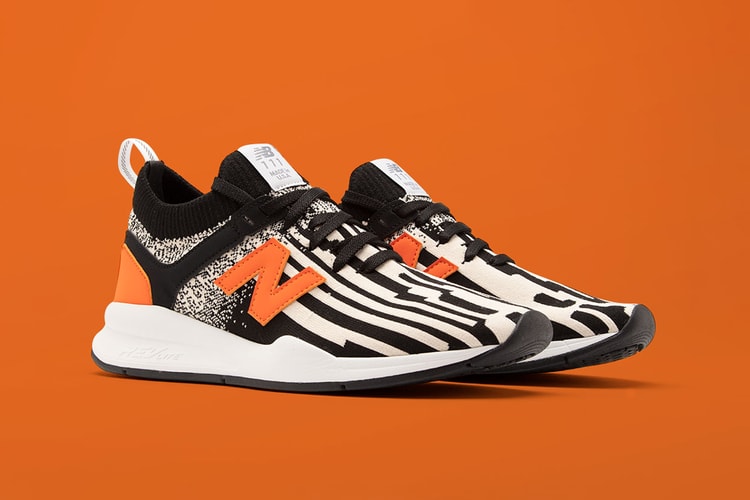 Atalanta rallied to draw 2-2 at Napoli on Wednesday in an entertaining Serie A match between two of the league’s most attack-minded sides.

Atalanta remained third but slipped five points behind Juventus, which moved back to the top of Serie A _ a point above Inter Milan _ after a stoppage-time penalty by Cristiano Ronaldo gave it a 2-1 win over Genoa.

Nikola Maksimovic and Arkadiusz Milik scored for Napoli, either side of Remo Freuler’s equalizer. But Josip Ilicic leveled for Atalanta four minutes from time.

Napoli coach Carlo Ancelotti and an assistant were then sent to the stands for their protests as they felt there should have been a penalty moments earlier when Fernando Llorente appeared to be elbowed over by Simon Kjær.

“For the first time I don’t want to talk much tonight. I feel offended as a professional and I’m disappointed,” Ancelotti said. “The defender doesn’t even look at the ball and goes straight for Llorente to try and stop him from jumping. It was a clear penalty. They made a dreadful mistake.”

“As far as I’m concerned, you didn’t even need VAR but it’s ridiculous that the referee didn’t go to see the replay … I don’t want to say anything else because I wasn’t shown respect and nor was my club.” 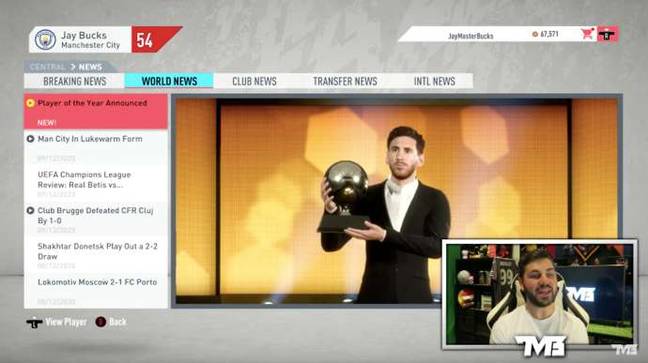 Lionel Messi scored the 50th free kick of his career on Tuesday as FC Barcelona thrashed Real Valladolid 5-1 at the Camp Nou.

The Argentine was presented with the dead ball in the 34th minute after Vallodolid midfielder Anuar Tuhami clumsily bought down Nelson Semedo 30 yards from goal.

It was an error that proved to be fatal as Messi stepped up, as he so often does, and brilliantly bent the ball into the top right hand corner of the net, sending Ernesto Valverde’s side into a 3-1 lead.

So confident was the 32-year-old that he’d scored, he nonchalantly strolled away to celebrate before the ball had even hit the back of Jordi Masip’s net. It might just be his best free kick to dat

Christian Pulisic has been far more effective than Eden Hazard was during his debut season at Chelsea FC in 2012/13.

Pulisic, who signed from Borussia Dortmund for a club record fee of $73 million earlier this year, scored a hat-trick against Burnley FC on Saturday, taking his total of goals and assists to eight in his first 10 games for Frank Lampard’s side.

However, having come off the bench as a substitute in four of those games, it means the American forward has managed an impressive goal or assist every 74 minutes.

In comparison, Eden Hazard, who joined Chelsea in the summer of 2012 from LOSC Lille, managed a goal contribution every 94 minutes in his first 10 games for the club — nine of which he started in.

Juventus superstar Cristiano Ronaldo has reiterated that the bicycle kick he scored against his current club while in action for Real Madrid in 2018 is the very best that he has managed in his career to date – with an incredible 701 strikes to choose from.

Ronaldo joined the ‘700 club’ when he scored for Portugal against Ukraine during the recent October international break. He then made it 701 when he returned to Serie A action for Juve.

Ronaldo is now 66 goals behind Pele, widely regarded as the greatest goalscorer in football history. The Brazilian icon scored 767 times in official games at club and international level during his storied career, a tally Ronaldo could potentially surpass within a couple of years.

With so many goals, you might think it would be difficult for Ronaldo to pick his best, but the 34-year-old doesn’t appear to have a problem settling on just one.

It is the rarity of a bicycle kick goal that sets it apart for Ronaldo and makes it his favourite, particularly as he had never been able to pull it off in 16 previous years as a professional.